Prince Louis saw the light of day 36 years ago today. The third eldest son of the Grand Duke is a man with many interests – and the courage to be weak.

On the occasion of his thirty-sixth birthday

Prince Louis saw the light of day 36 years ago today. The third eldest son of the Grand Duke is a man with many interests – and the courage to be weak.

(LW) – August 3, 1986, a hot summer day in the Grand Duchy. The thermometer at the airport shows an impressive daily high of 33.7 degrees, and the sky is clear. But the then hereditary Grand Duke Henry and his wife, hereditary Grand Duchess Maria Theresa, may not have cared so much about the weather, for this day is one of the most beautiful days of their lives: Prince Louis, their third child, could have been hailed as a new citizen – see him at the Maternité Grande-Duchesse Charlotte is in the capital in broad daylight.

Louis Xavier Marie Guillaume, Prince of Luxembourg, Prince of Nassau and Bourbon-Parma, along with his brothers – hereditary Grand Duke Guillaume, Prince Felix, Princess Alexandra and Prince Sebastian, grew up in a protected environmentHe attended first elementary school in Lorentzweiler and then the American School of Luxembourg. In June 2005 he graduated from Collège Alpin Beau Soleil in Switzerland. 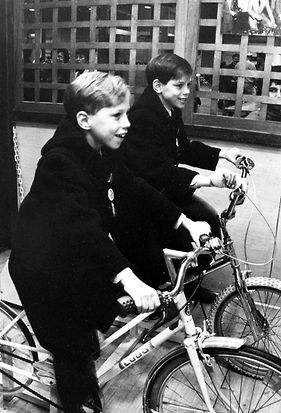 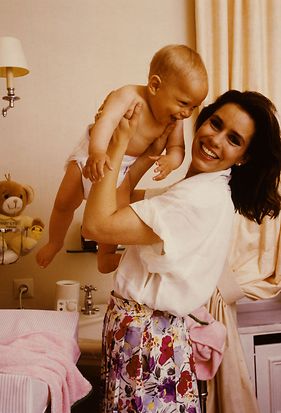 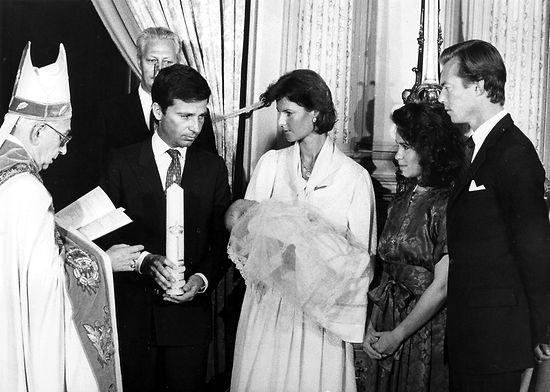 After graduating from school, Louis got a taste of many fields: after several assignments in the social and humanitarian fields, he worked with the Red Cross in Geneva for about a year. He also works in the Department of Biens de SAR le Grand-Duc in the field of forestry and takes courses at the Dolibois European Center of the University of Miami in Luxembourg.

The prince spends two years in the United States obtaining his private pilot’s license before moving to England where he obtained a Bachelor’s degree in Communications from Richmond International University in London in 2014. He also holds a master’s degree in Psychological and Social Studies, is a qualified mediator from the Institut Catholique de Paris and holds a certificate from the Center for Effective Conflict Resolution (CEDR).

But without marriage: in an interview with the French magazine “Point Vue”, Louis announced his separation from Scarlett-Lauren Sirgue.

Then the prince continued his career in the French capital: from 2017 to 2019, he initially worked as a consultant at Laurent Meeschaert Conseil in Paris, before venturing into self-employment. He also established a brokerage firm with three partners in 2020: SIBE Mediation.

However, not only does Lewis appear publicly as a counselor and mediator, the 36-year-old also makes a subject of his weaknesses: A few years ago he spoke of his dyslexia for the first time – thus encouraging those affected to open an open door. Discuss with family, friends, classmates or co-workers for a dialogue. A few years ago: Prince Louis with his sons Prince Noah (right) and Prince Gabriel.

Patchwork family: In 2021 upon the christening of Theodore, the son of his ex-wife, Tessie Anthony de Nassau (center).

Two important relationships, which break up, are also discussed in public. Today’s birthday boy is skillfully weathering the storm of media indignation: He’s still in touch with his ex-wife, Tessie — not least because of their two sons, Noah and Gabriel. It seems that Prince and Tessie get along very well, because Louis was a guest at the second wedding of his ex-wife, who is now married to businessman Frank Flosel. The couple’s son, Theodore, will see the light of day in 2021.

Louis split from his latest partner to share the spotlight, French Lady Scarlett Lorraine Serge, earlier this year. Both announced the breakup of the engagement in a joint interview with Point View magazine. “Fundamental differences of opinion” could have led to the separation – and the wedding planned for this summer ends.

So, there’s time again for the two boys, with whom Prince Athletic likes to make the ski slopes unsafe or – as the Grand Ducal Court put it – trying to play strategy games.

In today’s fast-paced world, reliable information is sorely needed. Facts, not rumors, are accessible and clearly stated. Our journalists keep you up to date with the latest news, pose critical questions to policy makers and provide you with relevant key stories.

As a subscriber, you have full access to all our articles, analyzes and videos. Choose the offer that suits you now.

Read more about this topic

And on the way: the ducal couple was once again able to welcome many guests to the second “garden party” in Schloss Berg.

After a break due to Corona, the old couple invited again to the famous “garden party” in Colmar Berg.

Tessie Anthony De Nassau had two reasons to be happy on Saturday. Theodore’s son and partner Frank played a role in this.

For the first time since the beginning of the epidemic, the traditional summer meeting of the Grand Duchy family was held.

Shortly before the birth of their first child together, Tessie Anthony De Nassau and Frank Flosel were married in a small circle.

Prince Louis will marry again. He is engaged to Scarlett Lauren Serge, 29, from France.